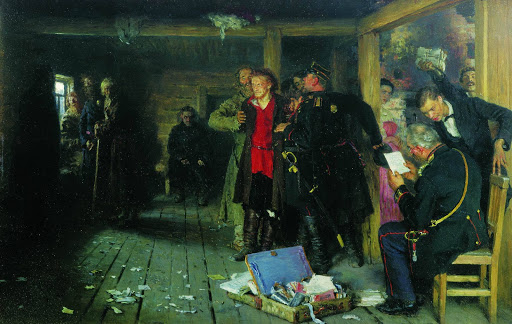 The following is the content of IranWire’s extraordinary newsletter issued on Saturday, June 19. You can read all our recent, detailed coverage of president-elect Ebrahim Raeesi’s judicial career to date, and analysis of his future prospects, via the links below.

Iranians the world over woke up this morning to the actualization of an already near-universally acknowledged truth: the eighth president of Iran is Ebrahim Raeesi. State TV studios bedecked with flowers, revolutionary pop music and attempts to imbue Friday’s “election” with a party atmosphere accompanied a tepid vote which, ultimately, will see the inauguration in August of a lifelong regime crony whose hands are soaked in blood.

The polls closed at 2am last night, extended from 11pm in a bid to mitigate the dreadful turnout. Eight hours into the count, all three of Raeesi’s rivals had conceded defeat – even the quasi-reformist Abdolnasser Hemmati, who had earlier insisted he would wait until the final result was declared. In the end, about 30 million people are thought to have cast a vote in a day marked by empty polling stations, technical setbacks, allegations of ballot-stuffing and widespread ennui.

This is a wretched morning for Iran and Iranians. For the next four years the chief executive and global face of my beautiful country is going to be a stone-cold killer, devoid of grace or ingenuity, and a willing tool of Iran’s unelected deep state. Apart from being liable for crimes against humanity – which he does not even deny – Raeesi is sanctioned by both the European Union and the United States. He's subject to travel bans, making official visits to dozens of progressive states impossible, and smothering any hope of bilateral relations with democracies during his tenure. The best the new president can hope for is the odd macabre photo opp in such countries as Russia, China, Venezuela and Syria.

Friday’s vote also laid bare the deep, now possibly untenable divisions in 21st century Iranian society. Tens of millions of ordinary citizens opted to stay at home, out of apathy or disgust.  The families of victims of state-sponsored slaughter, from 1988 to November 2019, begged people to take part in the boycott. Fights broke out at polling stations across Europe and the US while the most febrile atmosphere was found on social media, not in the streets of Iran.

Despite the evidence before their eyes, tens of millions of other Iranians were either genuinely happy – or felt in some way forced – to take part in the masquerade. Apart from ushering a mass murderer into Iran’s top executive role, according to the exhortations of Ayatollah Khamenei, the vote will serve to “legitimize” a retrograde, cruel and backward regime into the mid-2020s.

Raeesi’s tenure as president, resting as it does on his decades of human rights abuses in the judiciary, will negatively impact every aspect of public life in Iran. Books will go unpublished, women’s voices will be stifled, minorities will be persecuted, and people will continue to be tortured and executed for not cleaving to the Islamic Republic’s arcane official line. The prospect is difficult to stomach. And indeed, it's hard to imagine that the growing number of educated, pro-democracy Iranians will remain silent about this. We could well see a repeat of the November 2019 protests - perhaps even several times over - in the four years to come.

Ebrahim Raeesi: The Case for the Prosecution
Iran's next president Ebrahim Raeesi had a decisive role in the 1988 massacre of political dissidents in Iran. Could he be prosecuted for his part in this international crime?

Ebrahim Raeesi: Leadership Hopeful's Key Role in Brutalizing Dissidents in the 2000s
During his first five years as first deputy of the judiciary, Raeesi and his colleagues presided over a welter of human rights violations in the 2000s.

Ebrahim Raeesi: The 1990s Exploits of "Ayatollah Massacre"
The years 1988 to 1994 witnessed the stratospheric rise of Ebrahim Raeesi from middling to senior member of the Iranian judiciary, including sitting on Ayatollah Khomeini's death panel which sent thousands of political prisoners to their deaths in 1988.

Ebrahim Raeesi: The Bloodstained Early Years
This report examines some of the more under-reported details of Ebrahim Raeesi's life and career to date, from birth in a famous district of Mashhad to becoming a member of Ayatollah Khomeini’s infamous death panel.

Ebrahim Raeesi: The Hanging Judge Set to Become Iran's Next President
Where did Ebrahim Raeesi come from, and what is his political record to date? IranWire examines the long, grim trajectory of Iran’s likely next president.

Reality Check: Ebrahim Raeesi's Record in Fighting Corruption
Ebrahim Raeesi served as the judiciary’s first deputy for 10 years, then worked for another 10 as head of the General Inspection Office. In this time, he presided over a system that became institutionally corrupt and was inefficient at fighting corruption.

Ebrahim Raeesi’s Presidential Candidacy: A Gamble on Succeeding Khamenei
Chief justice Ebrahim Raeesi has registered as a candidate in the upcoming presidential election, but it’s a big gamble that may also cost him the chance to succeed Khamenei as Supreme Leader.

Raeesi’s Crimes Against Humanity Will Haunt his Presidency
Ebrahim Raeesi, Iran's next president, is directly implicated in the extrajudicial killings of thousands of people in summer 1988. From an international legal perspective, he could easily stand accused of crimes against humanity.